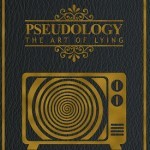 You experience subliminals, hypnosis, and NeuroLinguistic Programming every single day. It doesn’t matter if you’re skipping commercials, watching outtakes on YouTube, or limiting your screen time. The principles of persuasion are being used regularly.

They’re being used on children, teenagers, and adults. Even if you think you’re smarter than that, you’re still under the influence of these techniques. Sometimes they’re easy to see. Other times, they’re next to impossible to imagine.

Subliminals, hypnosis, or NLP in and of themselves are not dangerous techniques. They are just tools. 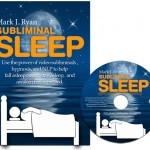 In fact, I use them in my videos to help trick your mind into allowing you to live a better life. My most recent DVD, Subliminal Sleep, is helping people get a full night of restful and recuperative sleep. This DVD uses very similar techniques — all with the goal of helping you to sleep better. These hypnotic, subliminal suggestions bypass the conscious mind to ensure that when you use the product, you sleep better.

Subliminals, hypnosis and NLP can be really great tools.

Yet sometimes these very powerful tools are used for an agenda that might not be in your best interests. They want you to buy, to vote, to believe. They want you to feel something. Those emotions then lead you to believing and acting in their interests instead of your own. The agenda is to get you to believe something is true so that your actions will support that agenda, even if the belief isn’t, in reality, truth.

If you’re interested in how to take control of the decisions you make, the feelings you have, and the beliefs you hold dear, I highly suggest watching this movie. 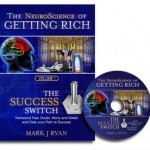 I highly recommend you watch the trailer. I’m thrilled with how much airtime and You can buy the movie directly from Little Light Studios or rent it on Vimeo.

Don’t fear the tools. Get educated, become aware, and open your mind to finding ways to live the best life possible. The key is your mind. How will you use the tools in your own life?

A few people have asked me lately for my story of how I came came to know about ho’oponopono, the ancient Hawaiian healing modality that was made popular by Dr. Joe Vitale and Dr. Ihaleakala Hew Len in the book Zero Limits. I usually tell people that Joe tells the story in the book, and…

If you haven’t seen the movie Inception, I recommend it. There is something about this movie that will resonate deeply within you. If you’re into self help, understanding how the mind works, or if you’re looking to solve issues deep within yourself, you’ll find keys to the processes that are familiar to you at a…

Recently, I worked with a client who had been harboring a lot of resentment towards others. She had decades of experience of other people wronging her. Yet, she was a pretty smart woman, and she knew that the pattern she was experiencing was causing the current pain in her life. “It’s like my current boss…