It has been awhile since I felt like writing anything… I guess this happens from what other writers tell me.

I felt a little twinge this morning…so here goes.

I am writing in hopes I get a good answer from you in case these things happen again..which they will because they have happened before:-)

So I am riding on Southwest Airlines to a seminar in Las Vegas a few weeks ago. Now I forgot they were like loading cattle in a first come first serve way….and as I get on the flight I can see that by the time I am getting on all the window and isle seats are taken. Now I am a big guy…so I have to look for small people.

As a quick aside… I used to have nightmares of three people my size sitting 3 across…and one time after missing my plane in Portland, Oregon and having to sleep overnight in the airport for 9 hours, I got on the jet. Sure enough, it was a couple who had me by 100lbs EACH and they had spilled over into the window seat where I was supposed to be sitting.

I got immediate claustrophobia. First, I walked up to them and said I was in the window seat and they started to move… and I said “No No, I will try and find another seat.” I continued, “there is no way all three of us big folks are going to fit three across on this plane,” and I smiled. They did smile and then they didn’t smile, then they did and then they didn’t. I knew I had gotten into their brain. I had said something appalling (yet true) but I had put myself in with them as a fat person (should I have said obese).

My bet is in the time since this event has happened they have both lost 100 pounds. Each.

I went back to the Stewardess (yes, I used this word intentionally, they used to be nice. Flight attendants are not so nice anymore.)
and I said to her as I pointed towards the fat people, “Do you see them?”

She looked at me funny as she said, “Yes.”

I continued, “Look at me and look at them. And look at the little space left by the window. That’s supposed to be my seat. Do you think I could have another please?”

She found me another seat.

OK back to the Vegas flight…

So with this past experience in mind I am looking for two small children on each side…maybe a few old ladies (did I say old ladies) petite women, etc. I have to scan the aisles quick and determine my most comfortable option for 3 hours.

Man do I get lucky. Second row on the left I see two old ladies. They know the routine so they are trying to puff up like two peacocks and have stuff every where to try and save their seat from being occupied. I know these two ladies are my best option so I reach over and throw my bottle of water and book on the seat. This will give them time to un-puff and clear MY seat while I put my bags in the overhead.

I realize as well that at the same time this is a dream (left-over seat). I am also their worst possible option. They don’t give up that easy. While they let me have my seat, they each want the arm rest that is half mine. I will give them some time to think it is theirs and when I get an opening. Yes, I will take my possession back from the old ladies.

So we take off and all is quiet for a bit. The lady on the right tries to spark up a bit of conversation as the stewardesses start to hand out snacks and drinks. As I turn to talk to her, chewing on my snacks, I see a fairly good sized booger coming out of her nose. Now this lady is well dressed and from a phone conversation I overheard, she also does commercial real estate. So she is very well kept…except for this booger.

OK I will stop here for now and let you consider what I did and what you would have done.

Do I say something?

Do I keep eating my food?

Do I look forward as I talk to her?

Do I look at her in the eyes even though my eyes are at the same time wanting to look away and to zero in on it?

Come on. You know what I mean. Even though you would rather look away, if you are forced to look at someone in the eyes while talking, inside your head you want to get a quick peek without her noticing. But if you look right at it, she might know. But isn’t that the point? You want her to know…but you don’t want to tell her. Right?

But if I don’t tell her or let her know and be nice, then I suffer everytime she talks to me. And of course she WANTS to talk to me a lot now that she realizes a what a nice and POLITE young man I am!

Maybe I should just tell a stewardess on the way to the toilet about my dilemma in hopes that as a paid representative of Southwest Airlines…she will save me.

As I consider the options, I think she is on to me. She starts to rub her nose — come on, you know — the type of rub you do when you think someone might be suffering because of your booger.

Now I have new concerns…if she does make contact with this huge thing…what happens?

Does it fly in my direction?

OK. What would you do?

And if you have a booger story of your own let me know.

I will tell you what I did next time!

PS the NEW Attract Wealth Home Study Course will be out this week! 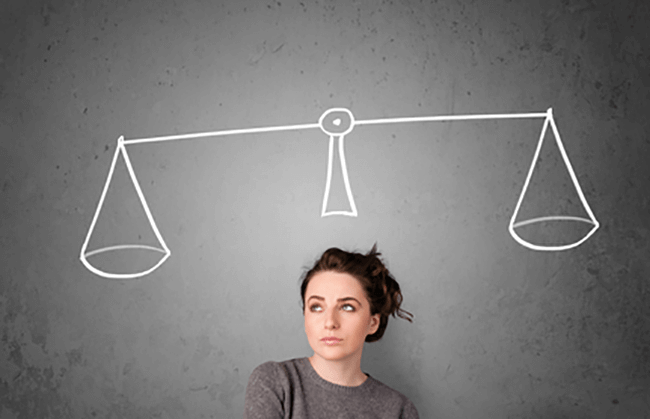 Fear affects all of us. People talk about the fight or flight response, but there’s another reaction that is even more common and detrimental: becoming paralyzed, unable to move. Thoughts about what may happen race through our minds coming up with elaborate possibilities… possibilities that will likely never occur. Often when fear begins racing in…

I’m Kathy, and I’m Mark’s girlfriend. I’ve been the one writing the newsletters, after Mark gives me a topic area to write about. For this newsletter, Mark has asked me to write about what it’s like being in relationship with him. I found that interesting timing-wise, because as of this month, it’s been a year…